It is with a heavy heart that we share with you that James Davies, a true pillar of the Epilepsy Foundation of Greater Chicago, passed away on May 5, 2020. James’ commitment to the epilepsy community and EFGC started decades ago. He had suffered from a Traumatic Brain Injury while serving in the Vietnam War. Initially, it was not explained to him what had happened. James was put on anti-epileptic medication and discharged. It was only when he woke up in an ER after having a seizure that he was told that he had epilepsy. That was the first time he had heard of the disorder. 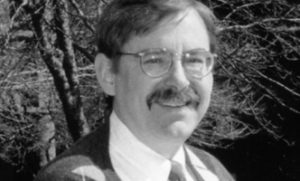 In 1976, seven years after his TBI, he was referred to the Foundation. His case manager helped him understand what epilepsy was and how he could best manage his life. When James was offered a job at the Foundation to initiate self-help groups, he was eager to take on the roll. He knew how important it was for people who have epilepsy be educated on what it entailed. He knew the empowerment of being your own advocate – to ask questions and to not accept non-answers. James saw getting that message across to our clients as his main goal.

“James was an amazing advocate,” recalls Phil Gattone, former President and CEO of the Epilepsy Foundation of Greater Chicago. “He held himself to a much higher standard and made me do the same for myself. He might have seemed to be a quiet guy at first, but he would never waiver.”

James felt passionately about providing support to people with epilepsy. He wanted to give them the opportunity to share their personal stories with each other, without being distracted or deterred by the views of others. He wanted everyone to achieve a feeling of strength and independence. He focused on guiding people with epilepsy to support themselves and let them lead their own support groups. A key aspect to the Foundation’s support groups was helping members understand that they can listen to the advice of others, but they can also make their own decisions.

“James saved lives, and he changed lives for the better,” Gattone says. “His strength in advocacy was matched only by his love for people with epilepsy.”

Jose Valdez, currently the Administrative Manager for the Foundation, first met James when he came to EFGC seeking assistance in the early 2000s. He was Jose’s case manager and first contact with the Foundation. James helped Jose win a discrimination lawsuit against a former employer.

“If it wasn’t for James, I would be in a different world right now,” says Valdez.

That statement can be made by the countless number of people with epilepsy that James was committed to finding a voice for over his 30 years at the Foundation. He will be greatly missed and never forgotten.