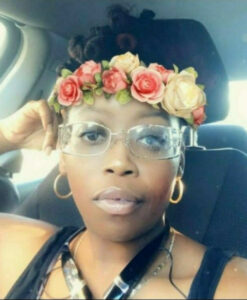 Jessica, 38, has had to overcome a lot of obstacles since she first began having seizures 10 years ago. Initially, she was misdiagnosed as having panic attacks. She also experienced feelings of depression and isolation, as well as a severe car accident that she feels lucky to have survived. Fortunately, with the help of her EFGC case manager, she has realized that having a different outlook on life can make a world of difference.

“I know now that if you’re struggling, you just have to keep going,” Jessica says. “You need to find things that make you happy and someone who you can talk to who really understands and can help. I’m so thankful that I found that at the Epilepsy Foundation.”

Back in 2012 Jessica began having seizures after the birth of her third child. Doctors originally put her on “a slew of medications” for panic attacks, but the seizures only became worse.

This was an uneasy time for Jessica and her children. She remembers one afternoon in particular. Her daughter had stayed home from school and Jessica laid down for a nap with her infant son. She woke up surrounded by EMTs and her daughter said “Mommy, I couldn’t wake you up.”

“She wasn’t even supposed to be there and she was just a little girl, but knew to call 911. It makes me emotional just thinking about what was going through her mind,” Jessica says.

In 2015, Jessica saw a new neurologist who was able to diagnose her as having epilepsy. She would occasionally have absence seizures that were “catchable” and they had only happened at home. While having an official diagnosis may have been beneficial, she still struggled with having epilepsy. Jessica says that she became a “hermit.” She stopped talking to her friends and socializing. She became depressed. No one she knew had epilepsy and she didn’t feel like anyone would be able to understand what she was going through.

“It’s hard to say ‘hey, I might pass out’ when you are with other people. I didn’t want to be a burden to anyone and I was left feeling alone,” Jessica recalls.

Jessica decided to email EFGC in 2016. She was put in touch with a case manager who helped her realize that what she needed was someone she could relate to. Over time, she developed strong relationships with EFGC case managers and by talking things through with those who could understand her situation, Jessica started to feel differently.

“I was able to come out of my shell.” Jessica says. “People at the Epilepsy Foundation helped me regain my confidence.”

In 2020, Jessica experienced an unexpected obstacle, however. After having a stressful conversation, she had a different type of seizure than she had had in the past. It occurred while she was driving to pick up her children. Her car flipped over three times on the highway. Fortunately, no one was hurt and she only sustained minor injuries.

“The car looked like it had been picked up by a giant, crushed in its hands like a piece of paper and thrown on the ground. I am so grateful that I’m alive, that I didn’t hurt anyone else and that I hadn’t picked up my kids… and that I’m also able to tell you this story today. It’s amazing and eye opening.”

While this experience could have had a serious impact on Jessica’s mental state, she did not let it impede the progress she had made. She was unable to drive for a while, but she did not let that get her down.

Recently, Jessica’s case manager began helping her find a job. She was put in contact with Eric Weber, an EFGC board member who works at 33 Realty. In early January, they hired her as an Office Assistant.

“I love the environment there,” Jessica says. “everyone is so welcoming.”

When Jessica spoke to the owner about the fact that she has epilepsy, she felt like a weight had been lifted from her shoulders.

“I had worried in the past about working someplace and having a seizure,” Jessica says. “Now I don’t have to worry about that because they already know. I’m in a good place now and the Epilepsy Foundation has been a great help to get me to where I am today.”